Can recreational marijuana be legalized in Louisiana by 2022?

Louisiana offers some exceptional cannabis laws, such as a comprehensive medical marijuana system, legislative organizations that acknowledge cannabis as medicine, and even recent decriminalization in the state.

Currently, to obtain cannabis legally in Louisiana, you must first be granted a medical marijuana certification. There are presently no more methods to get cannabis lawfully in the state.

In 2019, Louisiana became the latest state to pass a medical marijuana law. State lawmakers have worked tirelessly since then to make appropriate adjustments in response to patient demands.

In the two years since Louisiana implemented a medical marijuana program, the state has worked to broaden the list of accepted ailments for medical marijuana certifications, develop a strong cultivation operation sponsored by state universities, and establish a simple distribution route for pharmacies.

Patients have expressed concerns about the formerly strict prohibition against raw cannabis flower, and smokable cannabis flower was added to the menu in Louisiana this year, anticipating pharmacy shelves on January 1st, 2022.

In 2021, Louisiana voted to decriminalize cannabis, with up to 14 grams of marijuana resulting in a maximum penalty of $100 instead of imprisonment.

Although marijuana decriminalization in the state of Louisiana is excellent, possessing marijuana without a medical marijuana certificate is still a criminal offense, and recreational marijuana can’t be lawfully obtained, possessed, or sold.

Efforts to Legalize in Louisiana

Recreational marijuana has been discussed in Louisiana legislation on several occasions, but it has yet to pass substantially.

While the state appears to be open to modest reform and lowering excessively harsh penalties, as well as enhancing patient access, recreational cannabis legalization does not appear to be a major topic for either legislators or lawmakers.

It’s no surprise, given the fact that Louisiana has just started its medical marijuana program. To be fair, because the state’s medical marijuana policy is relatively new, establishing a comprehensive medical cannabis program that functions effectively takes time, education, and several legal modifications to become operational.

Because they have not done so, it’s unlikely that other states will follow suit; instead, they may wait to see how things turn out in Louisiana. Given the time required to understand a new industry and develop expertise in the workings of cannabis as a business model, it is more likely that states with legalized medical marijuana programs will take longer than two years to develop a framework for recreational legalization.

States such as Louisiana are working hard to build up the medical marijuana sector while addressing punishment incurred from unlawful marijuana possession.

Because the state is only just starting to understand cannabis as more than simply an illegal substance, and in fact, it takes time for lawmakers and legislators to comprehend, recreational cannabis use isn’t really part of that discussion.

Is it possible that Louisiana will legalize recreational cannabis by 2022?

It’s doubtful that recreational cannabis will be legalized in Louisiana in 2022. Governor John Bel Edwards (D) has said:

“Recreational marijuana will eventually be legalized in Louisiana.”

“It’s on the move, and that is certainly a possibility in Louisiana… I would be surprised if there is a consensus for that in the legislature while I am governor.”

Governor Edwards joins the growing number of officials and politicians who feel that, in the future United States, cannabis will be rescheduled by the federal government. He, like many others, is probably taking the stance that after this happens, America’s most significant forms of recreational legalization will follow.

In some respects, lawmakers who have halted the rollout of recreational marijuana legislation are correct. Conflicting preemptive legislation in states might jeopardize the federal statutory expansion and cause leaks in the pipes.

On the other hand, if all states legalized marijuana in this manner, it would be doubtful that the federal government would have any motivation to promote nationwide legalization, as we’ve seen for the past 80 years.

As long as the general public should be cautious about expecting the federal government to act on cannabis reform, it does have a fascinating idea: waiting for them to do anything.

Federal legislation is anticipated for cannabis 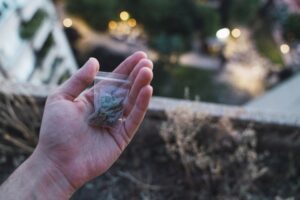 How Important Is THC in Cannabis Flowers? High-THC vs. Low-THC Marijuana?

In 2022, when smokable flowers are legalized in Louisiana dispensaries, the Creole State will be beset with medical marijuana activity. The Medical Cannabis Act of 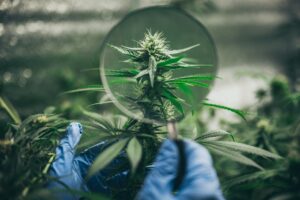 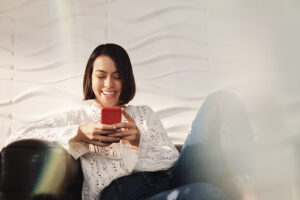 There is Sativa and there is Indica, but have you thought about using a hybrid?

If you’re new to the world of cannabis, you may be familiar with Sativa and Indica strains, but have you considered a hybrid? Hybrids are 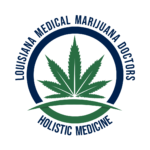